In the Studio | 0 comments 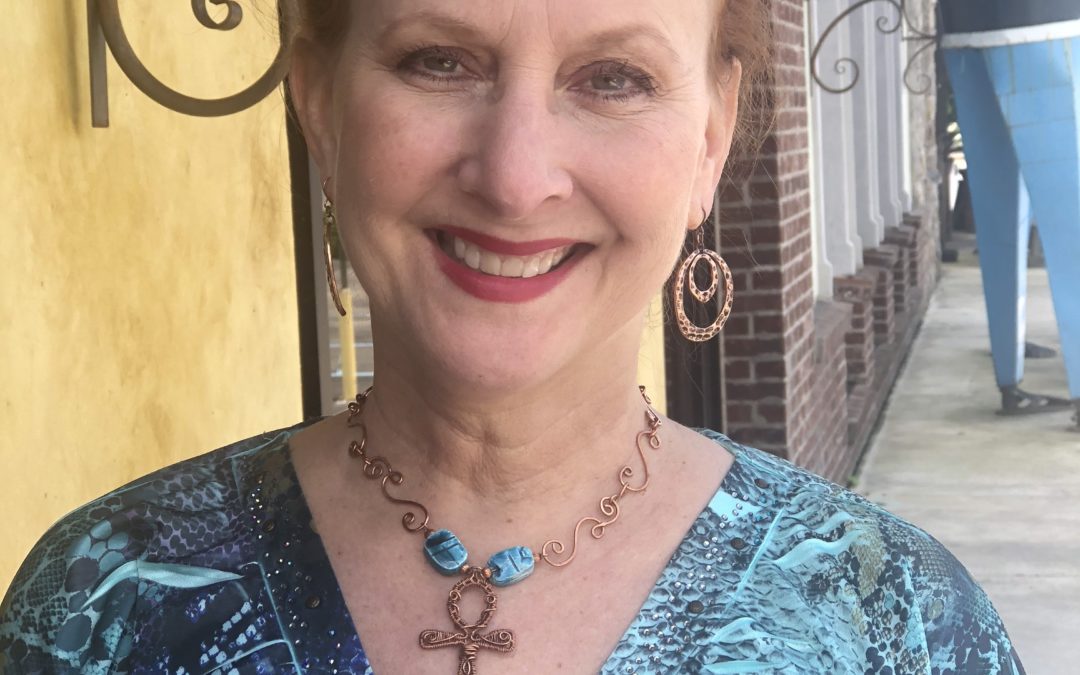 What do you do when your mother loves travel and brings you along on many of her trips?  You could grow up to become a travel agent like Marianne Windham of Windham Travel & Leisure. 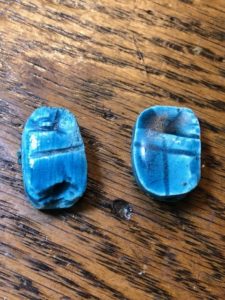 Marianne’s mother’s passion definitely influenced her.  She says her mother was an unofficial tour guide, often organizing trips for her friends to travel to some exotic place.  One of those places was Egypt.  While she was there, she purchased at least two turquoise scarabs.  One she kept, the other she gifted to Marianne who put it in a little bag at the back of a drawer for safekeeping.  Fast forward 20 years: After losing her mother a couple of years ago, Marianne ended up with the 2nd scarab.  And once again put it away for safekeeping, thinking that someday she’d have something made with them, to wear in honor of her mother.  Hearing about someone else bring a treasured piece for me to remake, she asked if I might be able to create something or her.  Of COURSE!  That’s my passion, creating a piece that captures a memory or a piece of someone’s personality.

My other passion or my passion within my passion is turquoise.  I finally had to make myself start using other stones when I started designing jewelry.  The scarabs are a beautiful shade of blue, very striking, alike, but different.  Whatever we came up with had to showcase the scarabs without overwhelming. We wanted to make them the focal point, but since there were two of them, using them as the centerpiece wouldn’t work, so we discussed the idea of using them to frame something else. She also wanted to keep the Egyptian theme.  We talked about several different options and styles, and she came up with a suggestion for the perfect Egyptian symbol for them to frame, the ankh, also known as the key of life.  One of the most ancient symbols of Egypt, it is the hieroglyph symbol for life or breath of life.  Ancient Egyptians believed that life on earth was only part of our journey.  The ankh symbolizes both life here and in the afterlife.  The perfect symbol for Marianne to wear in memory of her mother.

The ankh & chain was created using 100% copper to enhance the warm tone of the turquoise.  Since the scarabs were only carved on one side, I had to create a backing so that they wouldn’t flip to the other side when worn.  The scrolled chain was handmade to mimic the Egyptian scroll and enhance the theme of the piece and hand-forged to strengthen it.  Doesn’t she look happy wearing it? 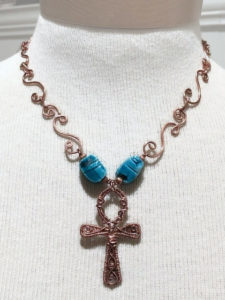 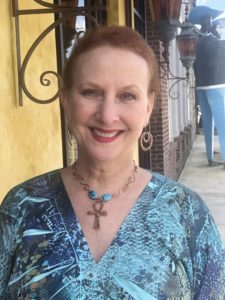 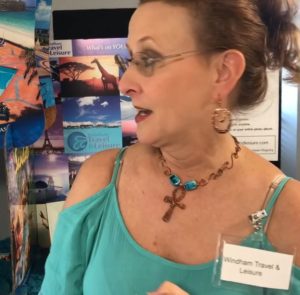