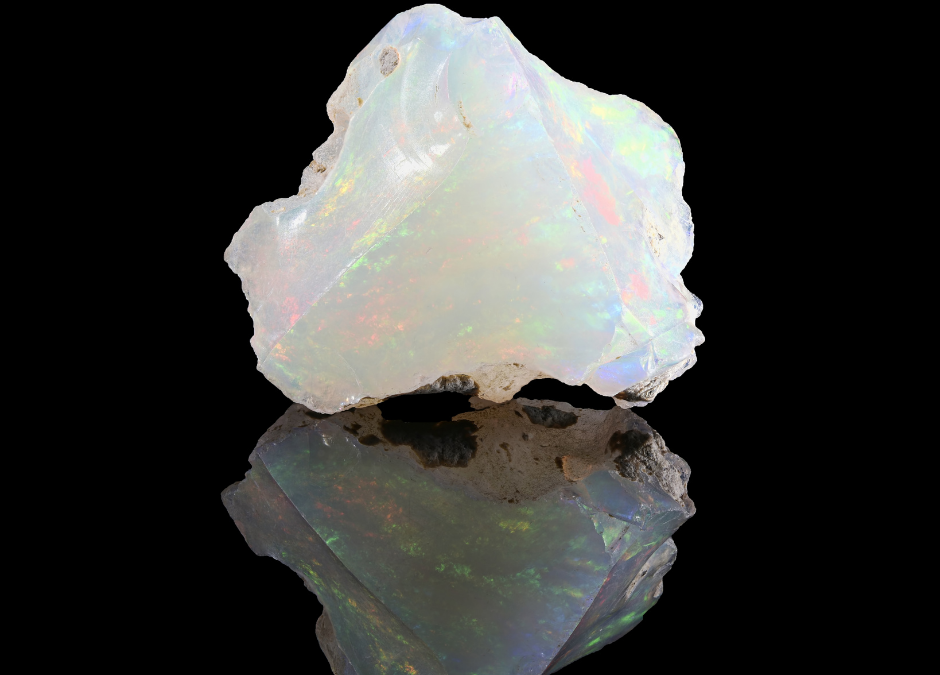 Opal is the birthstone for October, but it is also an alternative birthstone for April.  It is known as the “eye stone”.   So pleasing to the eye; it inspires love, hope, luck and happiness.  In the ancient world, it was considered the most mysterious stone and thought to help heal eye ailments.

Precious: When you think of opal, the opalescence, precious gemstone that looks as if it has a rainbow flashing from inside probably comes to mind.  Precious or rainbow opal is the rarest and most valuable form.  The purest form is clear with blues and purples and other colors floating inside, ready to pop out and grab your eye at the slightest turn of the stone.

Common or potch opal is translucent to opaque.  Some of the most sought-after common opals are pink opal from Peru and dendritic opal.  Pink opal is a delicate soft pink with a pearly sheen.  Dendritic opal is white with black moss-like lines, caused by the iron content running through it.

Fire opal is more commonly known as Mexican Fire Opal since it is the main source of this version of the stone.  It is transparent to translucent with red, orange or yellow and can look like the burning embers of a fire.  it normally doesn’t have any flash, but occasionally a stone will show a bright green one.

Because of its calming properties, opal has been used to help with depression and soothe emotions.  It is thought to inspire creativity and encourage you to express your true self.  It is also a reflective stone absorbing the emotions of those around you and reflects them back to them, so-known as a protective stone. 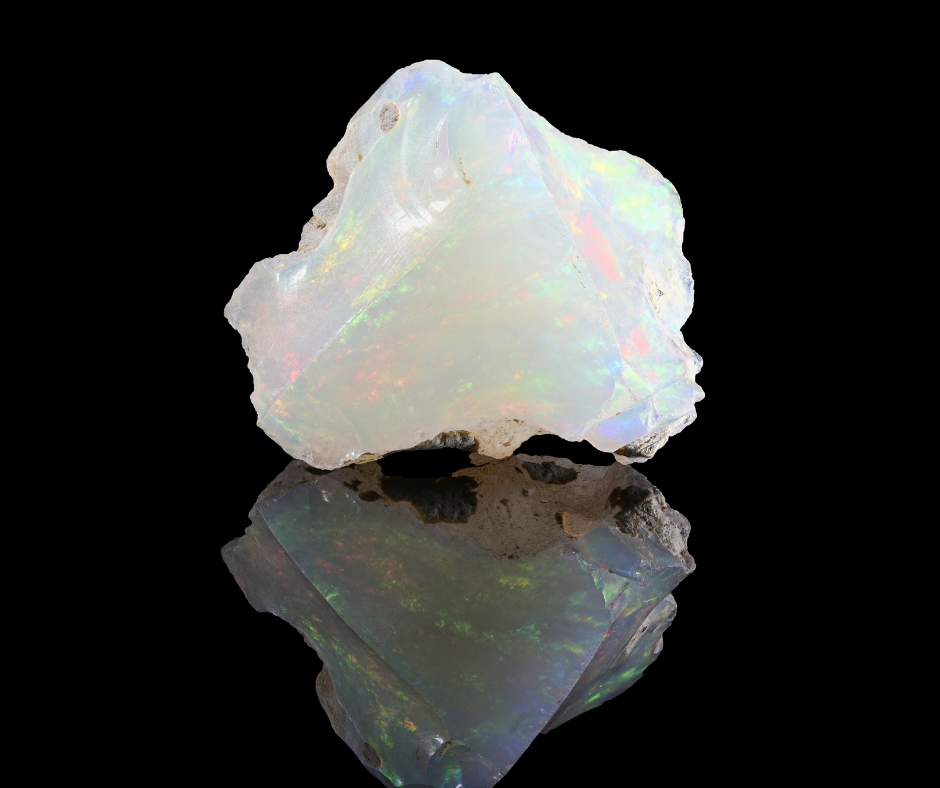 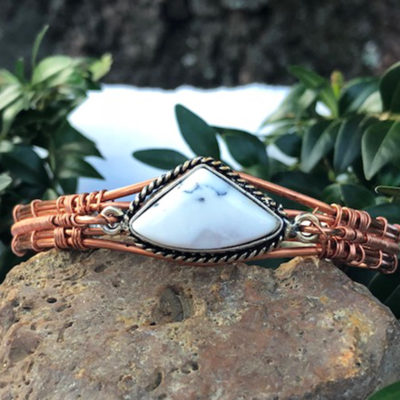